Very seldom Wim recieved visitors from the outside world. There was John Scofield, an associate editor of the National Geographic Magazine, and also Heinrich Harrer, a climber and mountaineer who was the author of the biographical book „Seven years in Tibet“ that was later adapted into a movie. Somewhat later Wim received the visit of Michael Rockefeller, the son of Nelson Rockefeller, the politician who became the 41st vice-president of the United States of America in the 70´s.

Michael was in his early twenties when he visited the area for the first time. After returning home with the Peabody expedition, he returned to New Guinea to study the Asmat and collect etnographic pieces. The artifacts would be then exhibited in the Museum of Primitive Art, a privately supported institution that was founded in New York by his father, in 1954.

Michael wanted to explore all rivers and waterways of the Asmat region as he intended to visit as many villages as possible. This endeavor was without a doubt a difficult task, especially since he did not have an adequate vessel to set it all forth. Eventually, Wim was confronted with the idea of selling his own catamaran to Michael as he insisted with growing interest. Although being hesitant about closing the deal, Wim finally accepted the offer. 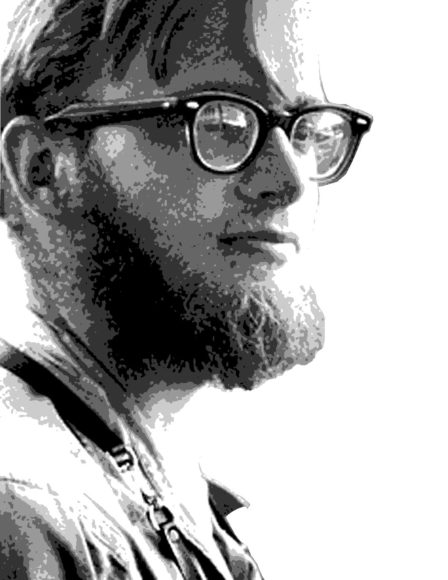 "I gave him the best possible advice on how to maneuver the vessel in these vast and unpredictable rivers, but especially at sea where the conditions can be totally different"

The local government never permitted visitors to enter this specific area of New Guinea, however they made an exception in this case. The only condition that must be met was to take a Dutch public officer with him. Strange enough since this officer was not really familiar with the inland regions of New Guinea and less with the interior of the Asmat.

„It all happened around September 1961. During more than a month I recieved no sign of the expedition.

But halfway November I recieved a radio message that Michael had shipwrecked somewhere at the mouth of the river Betsj which is some 6 to 7 kilometers wide. The enormous quantities of water that are being moved with the tides are gigantic and therefore only with dead tide you would dare to cross. I never did so and always drifted along with incoming tide moving upstream. With dead tide I used to cross far inland, and then with the outgoing current went down again drifting towards the river mouth on the other side.“ 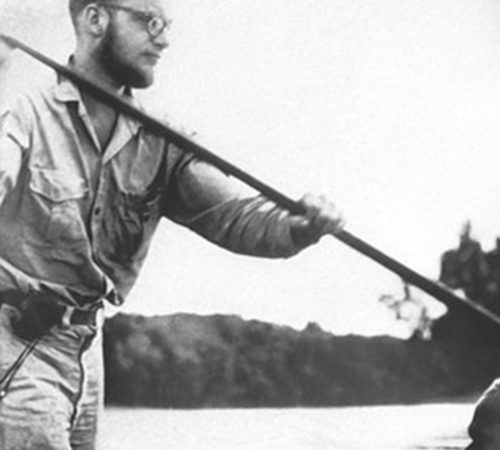 „But in this case something went wrong. Two days later we rescued the Dutch official, René Wassing, who had accompained Michael. He had survived the accident and was sitting in a dingy which an airplane had dropped near him. From Michael there was no trace.

According to Wassing, Michael had decided to swim ashore when the catamaran was situated at some 5 miles from the coast. An enterprise that implied a lot of risks since the sea was rather swarmed with sharks and crocodiles. But also because of the great distance involved, the currents and the deep, and almost impenetrable mud. Walking was impossible…

„Then the search started. The local government had no adecuate means and requested help from Australia, a country that sent two Cataline hidroplanes and two helicopters to intensify the search effort. All this surveillance equipment and all the aircrafts were concentrated near my outpost in Pirimapun, since Michael had disappeared close by.“

Hundreds of Papuans were also recruited, since they knew how to make the best use of their canoes, hence they were the only ones capable of coming close to the mangrove swamps all along the coastline. Days later I had a visit from Nelson Rockefeller and his daughter Mary, the twin sister of Michael. I informed them over what we were doing under these extremely difficult circumstances and with the means we had at our disposal“

„Some ten days later the search was stopped and the usual silence took hold again of this wild country. Towards mid December 1961 persistant rumours started to circulate in the area. Papuans of the village of Ostjanep, a conflictive village of 1.200 inhabitants, had found Michael the day after he disappeared from the catamaran.“ 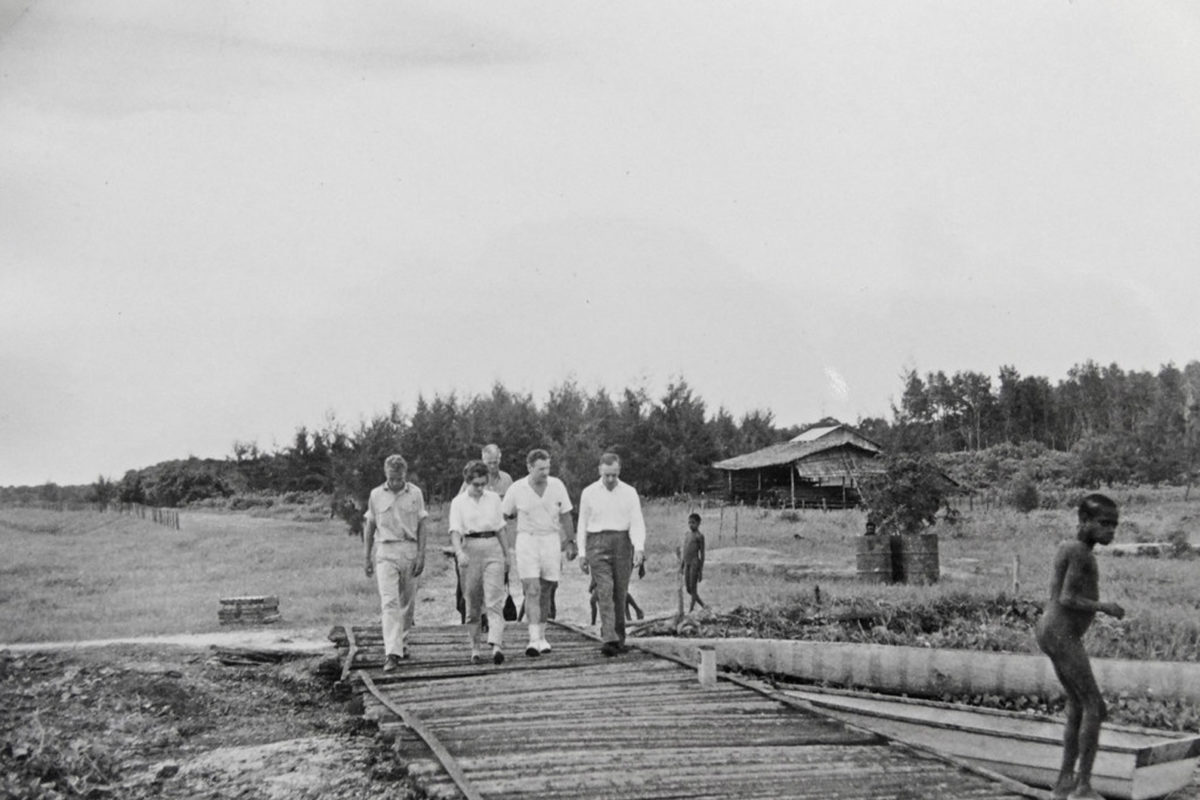 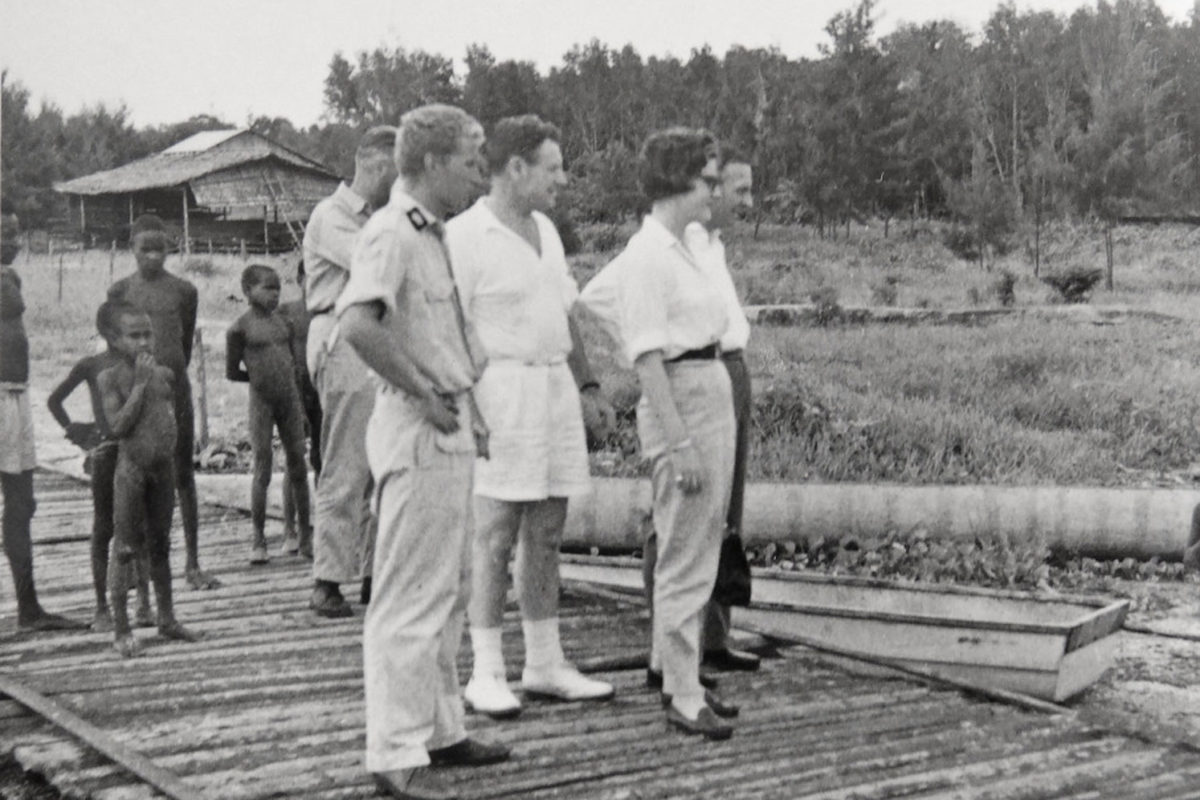 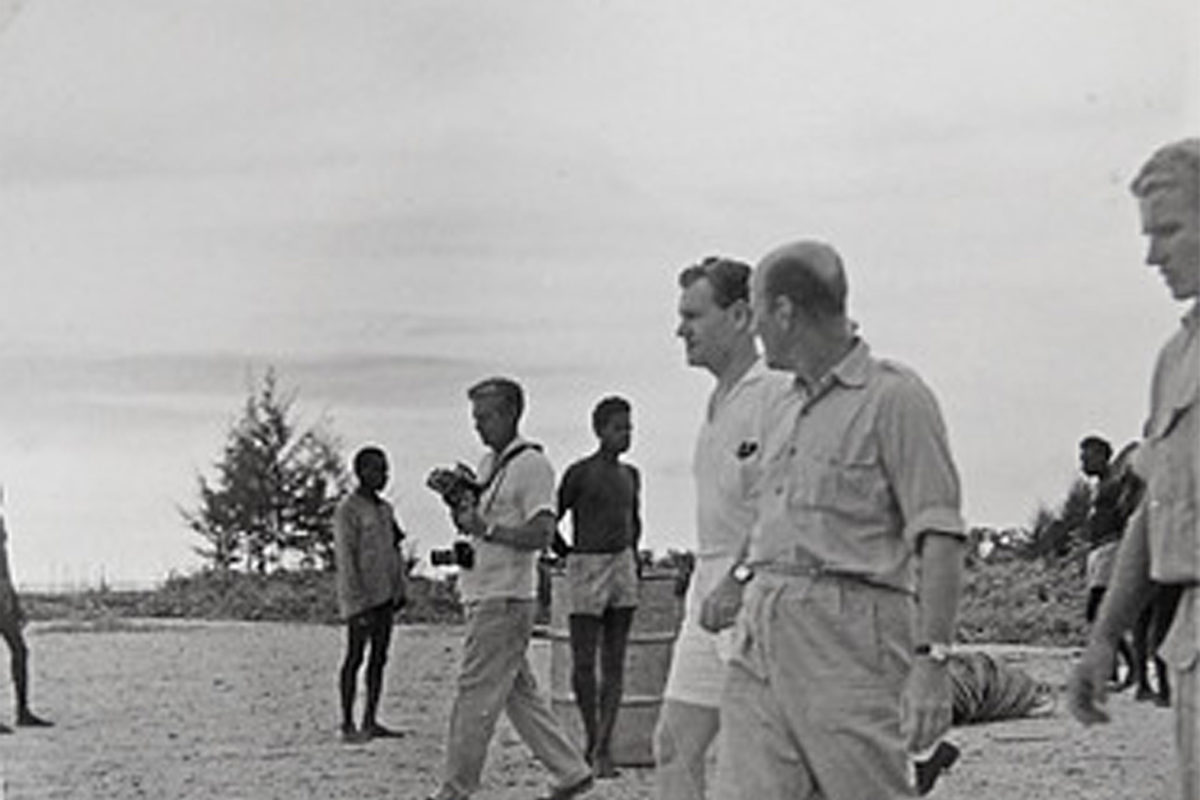 Visit to Pirimapun (3). Another picture from Nelson Rockefeller and Wim on the right - Source: Van Kessel. 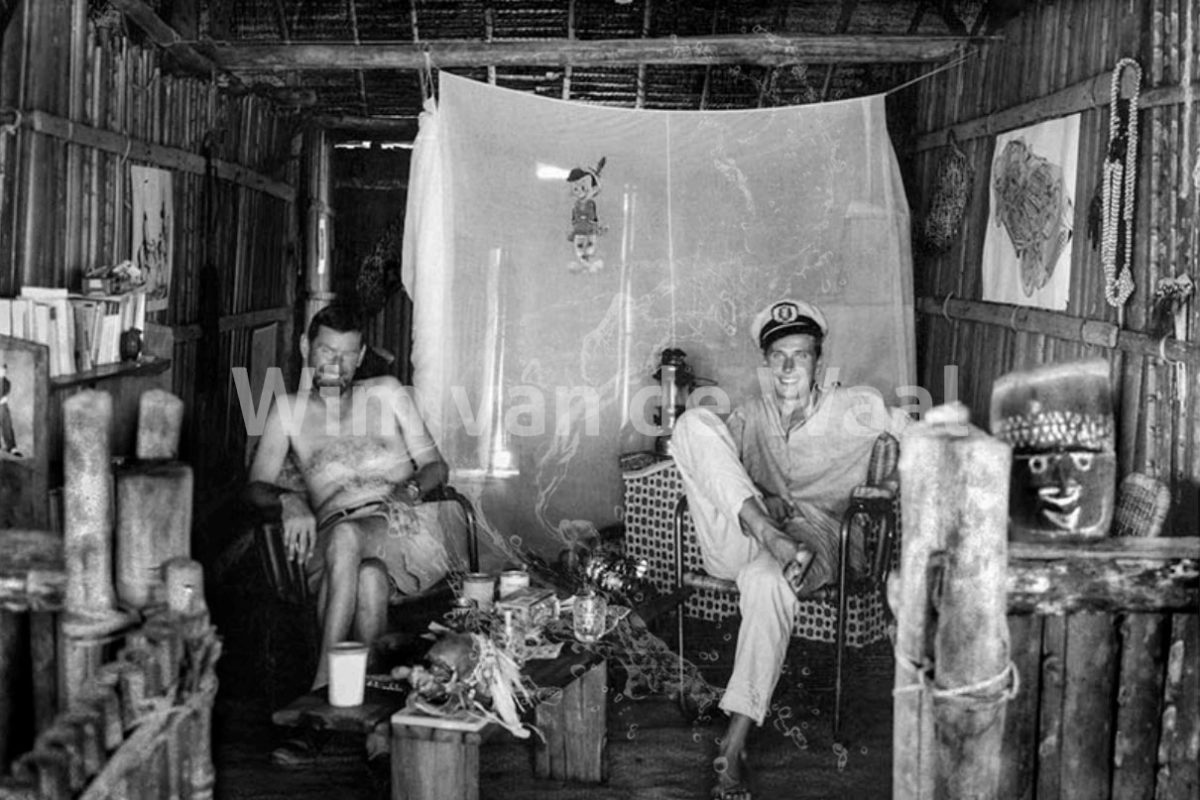 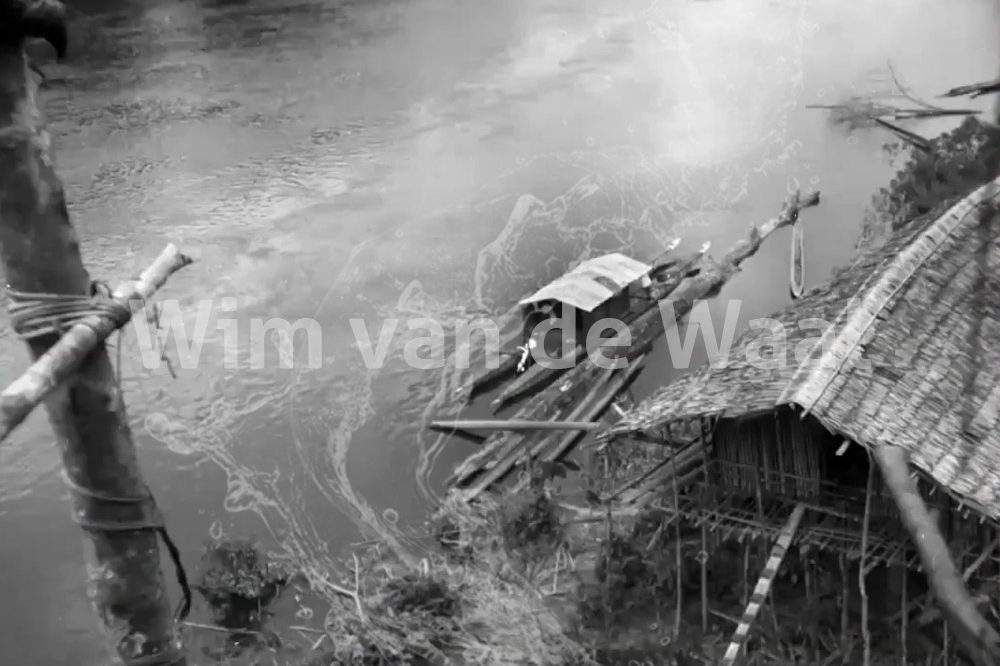 View from a tree house on Wim van de Waal's catamaran. The same one with which afterwords Michael capsized on the Casuarina Coast.

„According to these stories they found him exhausted after having swim more than 5 miles, and the subsequent dragging through the mud. As to the rumours: the Papuans killed him, and the names of the participants circulated in the area. But what was the truth behind this story? And why should they have killed him? They would have never attacked a white man, and they would not have been offensive to one either. In the eyes of these Papuans the white man was a ghost with unknown and powerful mana. Could there be a motive? Yes indeed, the motive existed.

Two years earlier a Dutch governmental official had killed in a reprisal raid 5 Papuans of this same village were Michael was presumably found nearby. In this country of the “eye for eye…“a more than sufficient motive for killing a defenseless and exhausted white in retaliation“

Later, Wim’s superior ordered him to go to the village of Ostjanep and investigate the rumors. He staid there for three months together with 8 Papuan policeman. After weeks of soft pressure they finally gave in and brought him human bones and somewhat later a human skull, which according to his informants belonged to the white man who the expedition was looking for.

Wim informed his superior about the discovery and the bones were then taken by another Dutch government official who took them to Merauke, the former capital of Dutch West-Papua, for further analysis. Surprisingly, Wim was never duly informed nor consulted about the results. Weeks later his superior ordered him back to his outpost in Pirimapun and the case fell into oblivion.

He has never recieved an official written order to investigate the case nor was he requested to provide a report which was the normal procedure back then for this type of expedictions and investigations. So no official papers exist, only the archives of Wim along with the pictures he took.

In October 1962 the Dutch handed over the colony to the United Nations and left New Guinea. Six months later the country was handed over to Indonesia. It is certainly a convenient explanation for many who wanted to sweep this tricky question under the carpet, leaving the Michael Rockefeller story behind, were everybody – and not in the least the Dutch politicians – would necessarily believe, that Michael drowned in the sea or was killed by crocodiles when trying to reach the shore.