Wim's journey to the antipodes

Wim van de Waal was born on February 26th 1939, in Bodegraven, the Netherlands. His father, Gerrit Jan, was a cheese wholesaler in Utrecht, who later joined the Resistance during the second world war, his mother, Wilhelmina, was a teacher. Wim was the third of three children, including brother Ben and sister Jot. The early years of his childhood were overshadowed by the effects of the Second World War and the austerity which followed it. Wim was seven years old when he met his father for the first time, but despite these difficult times, the family carried on with their daily lives.

After completing the pre-university education, Wim decided to search for new horizons. It was not long before he found himself applying for a Colonial Service Post in former Dutch New Guinea (West Papua). This was in 1959. As soon as he got his opportunity, and after completing a nine month training in Hollandia (current Jayapura), he was appointed chief administrator of a vast territory in the Casuarina Coast (Asmat), about the size of Noord-Brabant (province in southern Netherlands). He had just turned 20.

The young district officer throws himself into his task with an amazing enthusiasm. He progressively focused his work towards the economic development of the Community´s territory, contributing to improving infrastructure and social services. Almost without realizing it, he starts establishing a bond of mutual trust with the aborigines.

Coincidentally in June 1961, Wim came across Michael C. Rockefeller, son of New York Governor and future U.S. Vice President, Nelson Rockefeller. He met him at his outpost of Pirimapun, as Michael had the intention of exploring the Asmat region and collect Asmat art for his father´s Museum. As fate would have it, Michael would later disappear without a trace…  An exhaustive search mission was conducted which cost more than any search up to that time. Wim, as the sole representative of the governement in the area, was then commissioned to look after Michael, and determine his whereabouts. Eventually, he was able to collect some evidences and report to his principals.

Wim´s experience in New Guinea has marked him deeply, and it was certainly a lesson for life. Now, he would like to share his story with all of you, in the hope that it will encourage you and your family to seek new horizons! 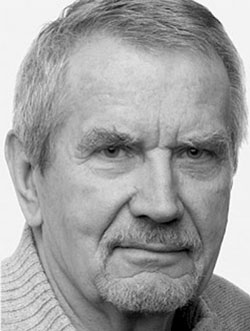 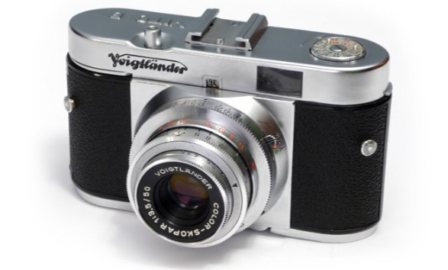 Wim’s camera model to take his pictures in Asmat.

When Wim van de Waal set out to explore the Casuarinecoast (Asmat) in 1959, he obviously wasn’t in the position to take a digital camera or a smartphone with him. He had to rely on a “Voigtländer Vito B” that proved to be a great companion for his long journeys out at sea, when exploring the mangroves, or when capturing the daily life of the Papuans. It was a fantastic camera to use for low light shooting, extraordinarily durable and reliable. Today, as a result of his documentation, we can admire more than 250 color dia positive- and black and white pictures he took.

The Vito B is a classic vintage 35mm viewfinder film camera that was first introduced in 1954, going through a series of model iterations until 1959.

The camera was acclaimed for its high-quality and semi-legendary Color-Skopar lens.  This version in particular was equipped with a F3.5 lens that was also fitted with a 4-speed Pronto shutter with speeds of 1/200, 1/100, 1/50, 1/25 seconds.

The light meter had to be used separately to obtain proper exposure. For the pictures taken during the night, Wim used an electronic flash unit which was equipped with 6 alkaline 1,5 V batteries. This device was quite modern at the time since it was still usual to use flash bulbs for lighting dark subjects.

Taking a picture was sometimes exhausting. It required the right skills and a lot of patience, making use of the right hand-settings, adjusting the diaphragm for proper lighting, and measuring the distance and angle to a target.

This was not the end of the story, … The photos taken could not be developed in New-Guinea, but were rather sent to Holland to be developed there. Wim´s father collected all diapositive slides along with the B&W pictures waiting patiently until his son returned home after three long years. Only then Wim could evaluate the materials, and contents of his stay of duty in New-Guinea.